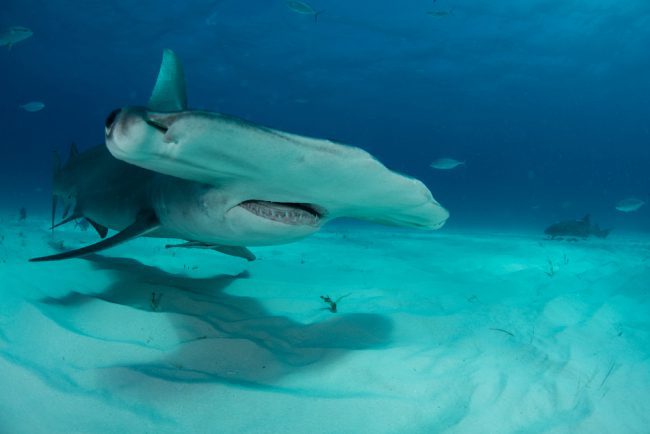 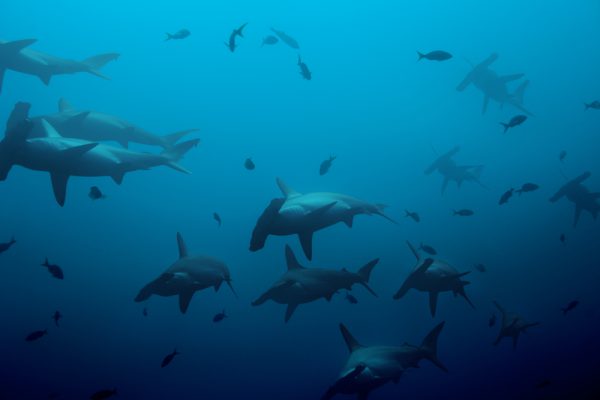 One of the most fascinating and interesting fish facts is on the Hammerhead Shark. Wondering how this fish got such a name?  Can beginners and novice divers dive with these marvelous creatures?

Different than any others shark species in many ways, you would have to first look at is their weird T-shaped flat head with eyes set wide apart. Why the flat head?

Inexperienced divers can absolutely dive with hammerhead sharks. The truth is, they are not interested in humans for food.

You may have to do some drift diving to see hammerhead sharks which are really to your favor because you can save a lot of air and don’t have to do a lot of kicking. You just need to feel comfortable.

You can see these sharks from dive resorts with smaller dive boats but I usually find diving from liveaboards gives a greater chance of seeing schools of hammerhead sharks.

My advice is to take the Advanced Open Water Diver course. This course just helps you improve your dive skills and give you more confidence. You get to choose additional skills like drift diving for example.

Many liveaboards offer these courses and it doesn’t matter how many dives you have done. You just need your entry-level Open Water Diver course completed.

On May 16, 2011, I was diving in West Palm Beach, Florida doing a shallow afternoon dive around 40’ deep. It was a pretty quiet dive and I had just turned around to check on my dive buddy who had been hovering to watch a passing turtle.

I spotted a peculiarly shaped fish just off to my right and got the attention of my buddy… staying close to each other motionless as possible, we were able to see this magnificent flat T-shaped head, large tall dorsal fin.

Yes… it was the perfect trait of a hammerhead shark. My first sighting and I instantly knew we were in a special place. Overcome by their grace and widespread eyes, we were paralyzed.

I had been reading about these weird creatures and was already familiar with them. Guessing, I would say it had to be at least 15 feet long.

It noticed us immediately and made a sharp turn and swam close to us a couple of times in curiosity and finally decided to swim away.

I could feel and hear my heart beat rapidly. Was I nervous?  Yep, but it was also the most exhilarating moment in my life and I got to experience the joy of seeing this marvelous sea creature that so many divers talked about.

When I’m away from the ocean, one of my fondest memories are of my dive experiences with these beautiful and aggressive hammerhead sharks… and so I decided it was time to write about them.

The Most Interesting Hammerhead Shark Facts

For the longest time, I had the belief that there was just one type of hammerhead shark and that was the Great Hammerhead.

I was wrong… there are in fact, 10 different hammerhead sharks, each identified by its head profile.

One of the most amazing and beautiful wonders of hammerheads is their interesting head facial profile. These sharks (Sphymidae) are vastly different from any other streamlined heads of sharks in the world.

They have this large flat chunky head that looks out of proportion to the rest of its body.

I can’t help but wonder why God created these sharks to have heads so distinctively flat and laterally extended making their heads look like the shape of a hammer (cephalofoil).

But this is why I love diving…

Even their eyes which also face in opposite directions are located at the sides of their wide head and their nostrils seem unusually set wide apart.

Hammerhead scientists through their studies, confirm hammerheads have a 360-degree view in a vertical plane. This means they can always see what’s above and below them. When they move their head sideways, they can see what’s behind them.

However, these guys do not have perfect vision. This is because their eyes are so wide apart, that they have a blind spot in the middle of their head.

4) Why the Funny Flat T-shaped Head

Watch the Hammerhead vs the Stingray video…

So what’s with their funny flat T-shaped head?

Not only does a flat lateral head help it make quick sharp turns (it doesn’t need large pectoral fins), hammerheads have a secret weapon, unlike any other sharks.

All sharks use their snouts as receptors to sense the electric current produced by living meals but hammerheads have an exceptional gift of having mastered this art of detection.

Their head is full of thousands and thousands of special electrical sensor receptors (‘Ampullae of Lorenzini’), each capable of detecting voltage differences.

Because they have more head, therefore more receptors, they’re like a huge metal detector. They stealthily scower the ocean bottom detecting smells, sounds and sights of the tiniest sea creatures hiding underneath the sand. 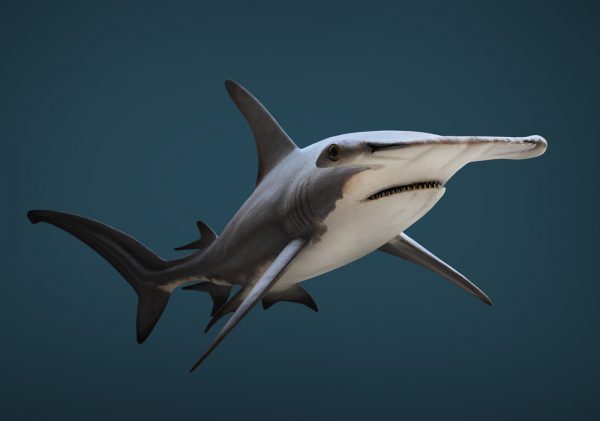 Measuring as much as 20 feet long, and weighing as much as 450 kg/1000 lbs. the Great Hammerhead Sharks are deserving of the title. They are the largest in the world of the hammerhead species.

Divers are in their glory when they dive with these magnificent sea creatures.

Unlike many other hammerhead species, this Great Hammerhead enjoys the solitude of hanging out in tropical and warm waters along the coastlines and continents that are submerged by the shallow sea.

You’ll be able to recognize this Great Hammerhead shark by its wider flat head and a huge tall curved first dorsal fin.

Hammerheads have a life expectancy averaging 20 to 30 years.

Reproduction for hammerheads happen once a year and it starts with the male hammerhead violently biting the female until she succumbs to the male. Fertilization is internal. The male transfers its sperms to the female via one of its external organs called claspers.

The mature female Great Hammerhead Sharks give live birth to litters as many as 20 to 40 pups every 2 years unlike the other hammerheads which have litters of 12 to 15 pups. The new born pups are around 50-70cm/20-28 inches long.

Abandoned by their mother, these pups like to huddle close to each other and swim out to warmer waters and once they become bigger and old enough, they part ways.

NOTE: Interestingly, in 2007, the bonnethead hammerhead was the first shark known to form a new individual without the need of a male. 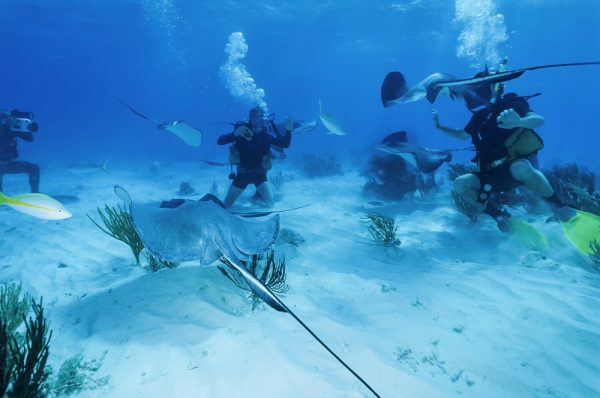 Their mouth is under their head. Their teeth like sawblade edges are remarkably jagged and triangular and so these lucky hammerhead sharks have quite a large menu to choose from.

These sharks wet their appetites with a fill of crustaceans, a variety of fish like groupers, herrings, sardines, eagle rays etc, even other sharks.

BUT the Great Hammerhead Sharks’ absolute meal favorites are the stingrays who try to hide from them under the sand.

The sharks spend much of their feeding time close to the bottom of the ocean stalking their prey and intelligently use their flat T-shaped head to pin their food against the seabed.

They will hunt twice a day, around dawn and dusk, usually hunting alone.

Occasionally, the Great Hammerhead, depending on how hungry it is will resort to cannibalism, and eat other hammerhead sharks as well as its own young.

NOTE: The good part is they’re not interested in humans. All you need to do is respect them.

Like any other sharks, when they feel threatened they will take action.

8) Where To Find Hammerhead Sharks

They are quite easy to recognize because of the shape of their T head and by their very tall curved and pointed dorsal fin. Their color ranges from olive green to gray-brown and their undersides are rather off-white.

You might be close enough to catch a glimpse of their massive serrated triangular teeth.  You might even see them in a close net humongous group of up to 100 individual hammerheads in the summer as they migrate to look for cooler waters. You can also see them as single sightings.

Hammerhead sharks not only like to hang out in moderate or tropical oceans, they are out in the open waters, close to shorelines, reefs, sandy areas, and kelp forests.

They are so diverse in regards to locations such as:

The best way to see hammerhead sharks are by liveaboards because they’re more diversified to take you to remote dive sites that many dive resorts with small dive boats are unable to do.

While rapacious hunters, the hammerhead sharks are not interested in humans and they do have a small mouth. Surprisingly, the Great Hammerhead Sharks are actually quite shy of humans. Of course, if you antagonize them they will defend themselves.

With any sea creatures, it’s important to respect what lies beneath the ocean.

Did you know, it’s humans that do more harm to hammerhead sharks?

They are often caught by commercial fishermen who treasure their fins for restaurants to serve as shark fin soup. The fins are cut off and the hammerhead is left to drown in the depths of the ocean.

Totally abominable in my opinion! 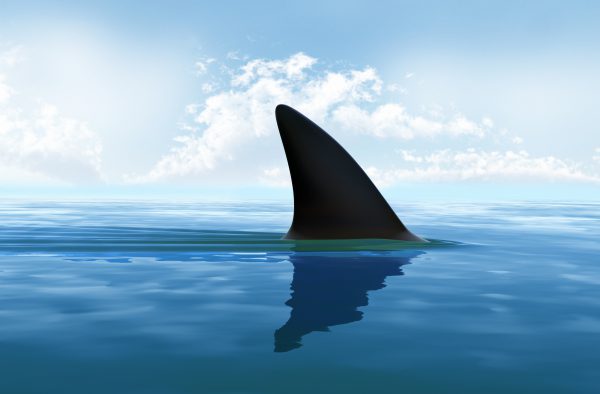 Some of the Great Hammerheads that are caught are consumed as fresh, salted or smoked meat from other parts of their bodies. Oil is also extracted from the livers and used for precious vitamins and their skin is used for leather.

It’s my hope that by writing this article, the readers are aware that the Great Hammerhead and the Scalloped Hammerheads are on the endangered list due to their fin delicacy and overfishing.

10) Hammerheads Love To Get Cleaned 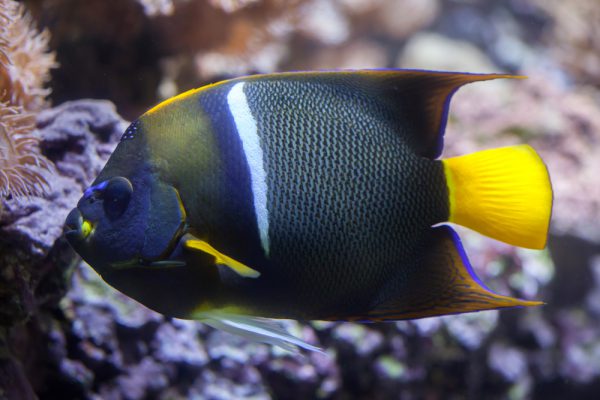 Hammerheads enjoy spending time at Darwin Island’s strong currents not to feed but to get cleaned. They can easily hold their position over the reef.

It’s a win-win situation for both parties, the sharks get cleaned and the angelfish get their food. Luckily, these angelfish are not a meal for the sharks as that would be considered totally unethical.

11) No Rest For The Hammerhead Sharks

Unlike the whitetip reef sharks and other sharks who can rest all day, the hammerhead sharks are not able to rest.

Hammerheads are pelagic sharks and so to keep themselves from drowning they must keep swimming and use their magnificent flat T shaped head to stay up off the bottom.

Are You Ready To Take The Plunge?

Are you ready to see these majestic hammerheads? Looking for an amazing adrenaline rush?

If you want unforgettable hammerhead shark experiences and want to have fun diving with other large pelagic sea wonders like the giant manta rays and the gentle whale sharks you will want to read about them here.

Read my review of the Scubaspa Ying and Yang Review.

The best way to book your liveaboards to see Hammerhead Sharks is with PADI Travel.

If you have any hammerhead shark stories you would like to share, it would be awesome to hear from you. Do you have any questions or comments? All you have to do is write them in the Comment Box below. I will get back to you.

I hope you enjoyed reading my article!

Hi there, I’m Monica. Welcome to my site! 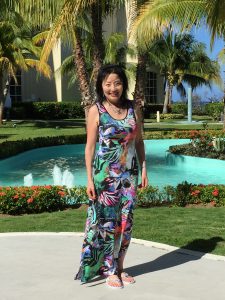 Scuba diving has always been my passion for many years and I hope you read a bit ‘About Monica’ by clicking into it up at the top.

Diving and traveling is my permanent urge. Every chance I have the opportunity, I book my flight and the next day I’m on the plane to go diving.

If you are interested in learning to scuba dive or are a novice or experienced diver or snorkeler, I have exciting reads for you. I have helpful tips and fun dive destinations that will take you on a journey all over the world.

I hope you stay awhile and visit with me.